When a Bridge Operator Console user parks a call for a given user, the user will receive an instant message. At this point answering the parked call is as simple as clicking the included message's hyperlink.

Included in the Group Messaging Add-On is the ability to park a call for an entire group of users. The entire group will have visibility to the message and can decide which member should handle the call. 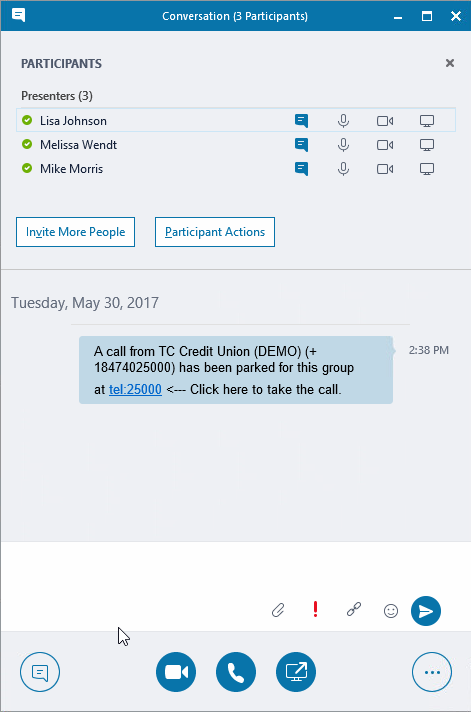 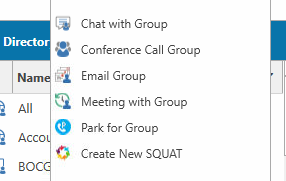 Ask your BOC sales rep for a free trial of this powerful group messaging Add-On today.